I'm simply posting this for no reason other than to share. I have gotten a lot of good ideas from this forum so I wanted to give back.

The below is a pivot script. I've turned Ehlers Laguerre Average into Zig Zag. It is just my opinion, but I believe these pivots are far more superior than others because most pivots use future bars and this uses a limited amount to confirm. My intent was to decrease lag as it is a major draw down to pivots. I had pasted the first version of this on another post, but this is a clean/ up-to-date version

Notes:
1. Personally, I would not use for intraday as the zz can misfire - that doesn't mean it can't be changed to accommodate intraday.
2. I made a custom second order pivots logic which cycles much like an elliot wave. Once you turn the ZZ on, it will mirror elliot in some ways.
3. The second and third order pivot logic is also used in support and resistance lines. I find it very useful
4. The bubble guide will also identify double bottoms, double tops, higher highs and lower low with continued sequence counts. this is useful in many ways.
5. The pivot will repaint until the reversal is confirmed. Once direction is confirmed, it will not repaint. I personally like this feature in combination with support and resistance on intraday.

IMPORTANT: Should a scripter want to help, I would like to keep the pivot logic but without a fold. As you can see below, if we could accomplish this, it would be extremely useful/profitable. For example, look at the price color. If price color was based off Laguerre, your looking at colors changing 2-4 bars afterwards. Just a thought but even if we could get closer to the below script, it would be a really good thing

Enjoy all. i hope it helps. 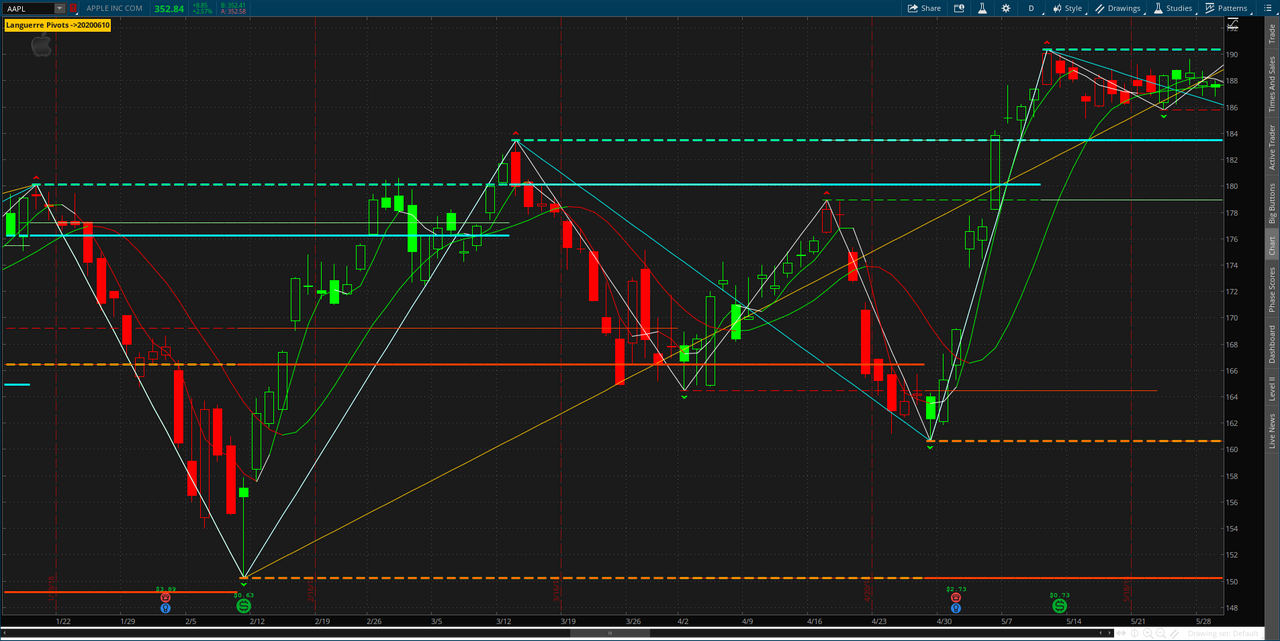 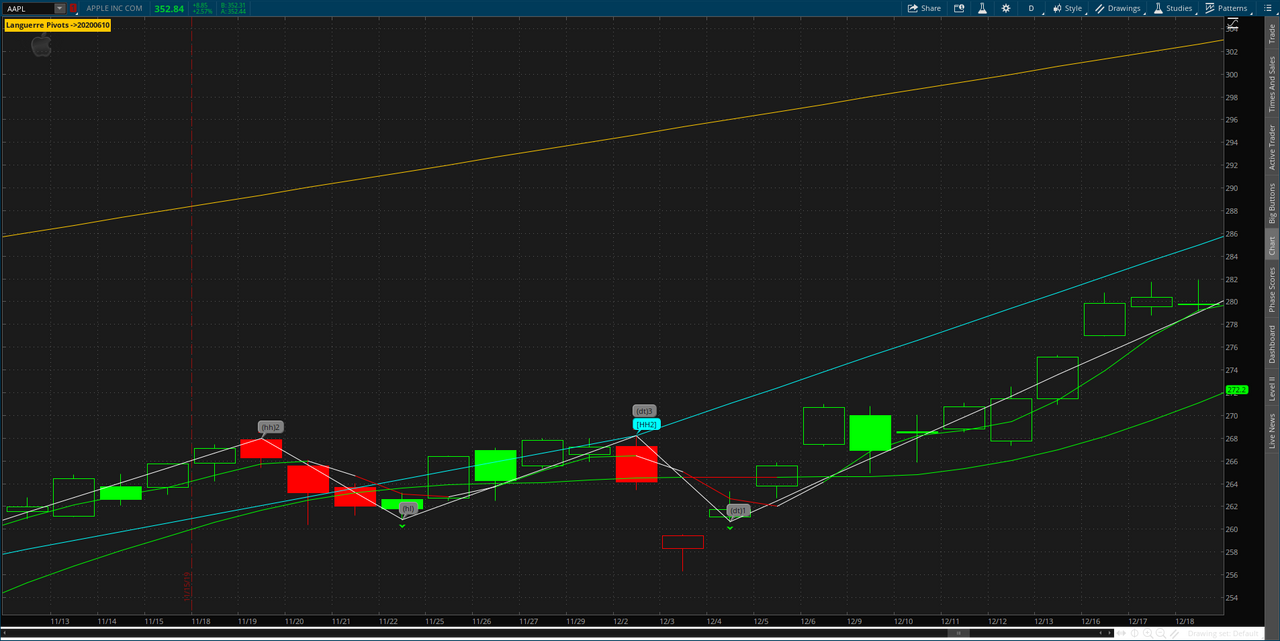 VIP
How many bars after signal, until it is set in stone?
M

TrueDepth said:
How many bars after signal, until it is set in stone?
Click to expand...

it uses the crossing of both averages to confirm - so it depends on price action. probably code up some quick averages to see
H

@mcdon030 What SuperTrend are you using?
R

@mcdon030 For how many bars, the little trend change sign will appear?
M

crossing of the averages
R

Can you change the last signal to a different color until it's fixed?
H

mcdon030 said:
crossing of the averages
Click to expand...

@mcdon030 Was this response to me? Because if so...it appears that the candle color changes way before the actual crossing of the moving averages...

Well, looked awesome on history, but constant repainting makes it kinda useless for me in real time
P

@mcdon030 Interesting, so the best time frame on this indicator is Daily? How can you do Entry and Exit with this indicator? Do you wait for the daily closed and the green arrow signal appeared for Entry and vise versus for Exit?
M

ShinJ said:
Well, looked awesome on history, but constant repainting makes it kinda useless for me in real time
Click to expand...

One of the many things I incorrectly assume is that end user will understand the indicator in & out prior to use. Here is a brief summary:

Repaint:
- A confirmed/non-repainting pivot will occur after averages cross over. Any pivot occurring after the cross over will repaint until the next crossover.
-Price Colors are tied to pivots. ie repaint. Modify price color to each cross over so it doesn't repaint.


Current Use:
-I typically look for crossovers occurring near a previous support and resistance line/pivot. 90% of everything I've read suggests this strategy has a high probability of success vice just the cross over. Probability increases when this occurs near a previous major support and resistance line. I've only seen one indicator which cycles this way - it costs $$. Personally, this is my favorite part of this particular code given it is unlike anything I've seen which is free.
-Review the picture to confirm

pandybear said:
@mcdon030 Interesting, so the best time frame on this indicator is Daily? How can you do Entry and Exit with this indicator? Do you wait for the daily closed and the green arrow signal appeared for Entry and vise versus for Exit?
Click to expand...

Yes; daily. Ehlers said on multiple occasions it isn't for intraday use. However, should you use as suggested above, i would only use reversal points near a major pivot line.

-mcdon
You must log in or register to reply here.