Forward-looking scripts such as several of the Hull studies also repaint. They utilize forward-looking variables causing them to repaint until the future bars close.


No, repainting indicators can not be rewritten to not repaint. Repainting is part of their DNA.

Repainters are the FASTEST way to find and be alerted to tops and bottoms which make them the preferred indicators for scalpers.
But because repainters are such prolific liars, these studies should ONLY be used to make entry by traders proficient in using them in correlation with price action, candlestick patterns, a disciplined stop-loss plan, and the fortitude to weather the losses that come with the false signals.

The Negative: Repainting is problematic especially for newer traders. Many of these indicators provide triggers promising that a stock has hit a low (or high) and is indicating NOW NOW NOW is the time to make entry and it can be right, reinforcing their belief that this is a good strategy. But it can also be wrong, it erases that signal, continues to drop like a rock, and crushes previous profits. Just the potential of that possibility causes traders to lack confidence, to leave trades early at the smallest sign of trouble, creating a feedback loop of ever-smaller profits and ever-larger losses.

Positive Side of these Indicators:
They are written specifically to repaint.
Repainter's proper use, by most traders, is not for entry but for analyzing trendlines and support & resistance.
They purposely repaint when trends change and when support or resistance are broken through thus providing up-to-date data as to the state of our trend.

How do you know if an indicator is a repainting indicator?
If you look at a script and if there is a fold operation using highest and/or lowest that is the indication that it repaints.
Fold is a recursive operation that keeps redefining the highest and lowest and redrawing them.

Generally, if you have an indicator that shows buy and sell signals on your chart and every single signal works out perfectly, such as: Trend Reversals, Zigzags, Swing High, Swing Low, COG, Hurst indicators, some Pivot Points. all Waves, etc... then most likely that indicator repaints. Looks great for backtesting because all the false signals and bad buy/sells are erased.

Other REPAINTING-type Behavior:
In TOS, an indicator can be triggered and signal prematurely during the formation of a candle because the conditions are met but the signal can disappear by the close of the candle if the conditions for the signal do not hold true. A workaround would be to be scan/alert/paint the arrow on the prior candle and/or do not trigger your scan/watchlist/alert/arrow/signal based on just one study. This holds true for reducing many types of false signals.

Other than that, Scans, Watchlists, Chart Alerts, Conditional Orders can usually be easily adapted from existing studies.
To optimize an existing script for use in conditional orders, scans, and chart alerts, all formatting statements need to be removed, along with any other coding not directly related to creating the signal.

If you do not have an existing script and want to create one, your greatest hurdle is that Scans...
Sort by date Sort by votes

The ToS platform does not allow backtesting of anything other than strategies. The Strategy script needs to contain all the conditions necessary to create the AddOrder statement.
Last edited: Sep 16, 2021
Upvote 0 Downvote

Staff member
Staff
VIP
Lifetime
When there is no reply to your question, perhaps it is because it is not clear what you are asking.

Help us help you:
Provide a detail explanation of what you are trying to accomplish.
Provide a marked-up screenshot of what a chart that meets all your conditions would look like.
Unsure of how to upload screenshots to the forum, Here are directions.

When you are posting your question, please follow the guidelines found here:
https://usethinkscript.com/threads/answers-to-commonly-asked-questions.6006/#post-58016
Upvote 0 Downvote

Staff member
Staff
VIP
Lifetime
Want A TradingView Script Converted To TOS?
Try explaining in detail why you think this improves the existing indicator and how it might enhance our trading. The more abundant the information you provide, the better chance that some enterprising poster might become interested in making enhancements to an existing TOS indicator or even creating one from scratch.

Provide a URL link.
Provide the script that is to be converted.
Provide at least one image of the whole chart and then any close-up screenshots of details you want to highlight.
Unsure of how to upload screenshots to the forum, Here are directions.
Last edited: Nov 27, 2021
Upvote 0 Downvote

Staff member
Staff
VIP
Lifetime
FYI:
Thinkscript does not provide us any means of writing studies that will be interactive with the platform-controlled elements or any ThinkOrSwim modules... Custom modifications are beyond the scope of the capabilities of the platform...

For example:
There are no settings or scripts that would allow the ToS Volume Profile's colors to be changed in this manner as ToS doesn't provide separate buy/sell information in the profile data. 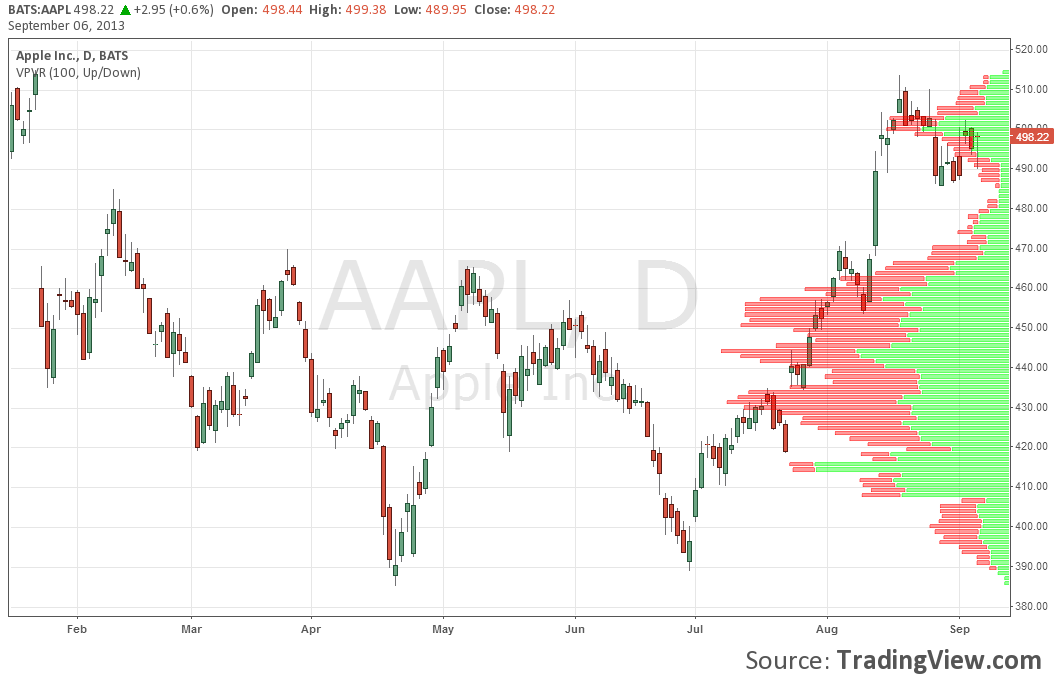 There are short-term issues with EDITING scans. When a scan is edited and you hit scan, it will provide the correct results. But because the scan is not immediately updated on the TDA servers and it will shortly revert to an old version. The new version isn't lost, it just takes "awhile" for the TDA servers to update EDITED scans.

The workaround is when editing a scan, save it with a new name. Thus, nothing for it to revert to.
Last edited: Feb 16, 2022
Upvote 0 Downvote

Staff member
Staff
VIP
Lifetime
It is not clear what you are asking for.
Read more here: https://usethinkscript.com/threads/answers-to-commonly-asked-questions.6006/page-2#post-97019

Sounds like something you may have to post a picture of to explain what you are trying to accomplish; along with a more detailed explanation.
Unsure of how to upload screenshots to the forum, Here are directions.
Last edited: Apr 25, 2022
Upvote 0 Downvote

When asking for something to be scripted:
If your request is missing the above, it is less likely that your request will be able to be answered.
Upvote 0 Downvote