Attached is a companion indicator for the Buy The Dip (BTD) indicator that calculates statistics and displays them as labels. This indicator will calculate the performance of the BTD signals for the ticker and is meant only as a rough estimate as to how the ticker has performed when a BTD signal has triggered. The reason I say rough estimate is that in order to get the stats I had to make some assumptions in order to calculate averages and thinkscript isn’t the best language for any kind of data mining.

I have been meaning to do a project like this for a minute now and have had the opportunity and time to finally do so. This is the first version so there could be some discrepancies and errors. If so, provide your feedback and I will check here periodically as time allows and attempt to correct anything. Additionally, the other coders on the site are more than welcome to make improvements/corrections as desired. Thank you and hope it helps.

Total BTD Signals: Calculates total BTD signals on the chart. Will probably not include the most recent signal if signal fired before the user chosen “past bars” variable.

BTD Open Green: Calculates the number of times the close was green after a signal is fired. This would be good for day traders and give a hint how the signal initially responds to the BTD.

Poss Winners: Number of times a signal fired, trade entered at/near the open, the trade lasted for the specified number of bars, and trade closed in profit.

Poss Losers: Opposite of Possible Winners, number of times trade closed in loss.

Avg Heat Taken: The avg amount price went against you while a trade was open.

Avg Heat Percent: The avg percentage price went against you while trade was open.

Win Probability: The percentage of wins out of the total signals fired.

Performance Rating: Grade given based on the score. Usually the good and excellent tickers have shown a decent amount of profit potential. Can be used initial filter if scanning for BTD signals.

Show all labels: Shows all labels on the chart. Maybe too much information if your not a stats fan.

Past Bars: After a signal fired, the amount of time you want a trade to last. Initially set to 5 for a trade to be open for 5 days. Can adjust as needed.

As a note, it will use the open price on the day the signal fired as price you get in. The difference between the open price and either the highest price over the trade duration or close price at the end of the trade duration calculated. These occurrences will then be averaged out to calculate the BTD Avg Run and BTD Avg Heat Taken dollar amounts.

Hopefully, this will help identify tickers that have responded more favorably to BTD than others. This should help you identify where to put your stops, the amount of dollar gain, and the probability of a profit being realized. 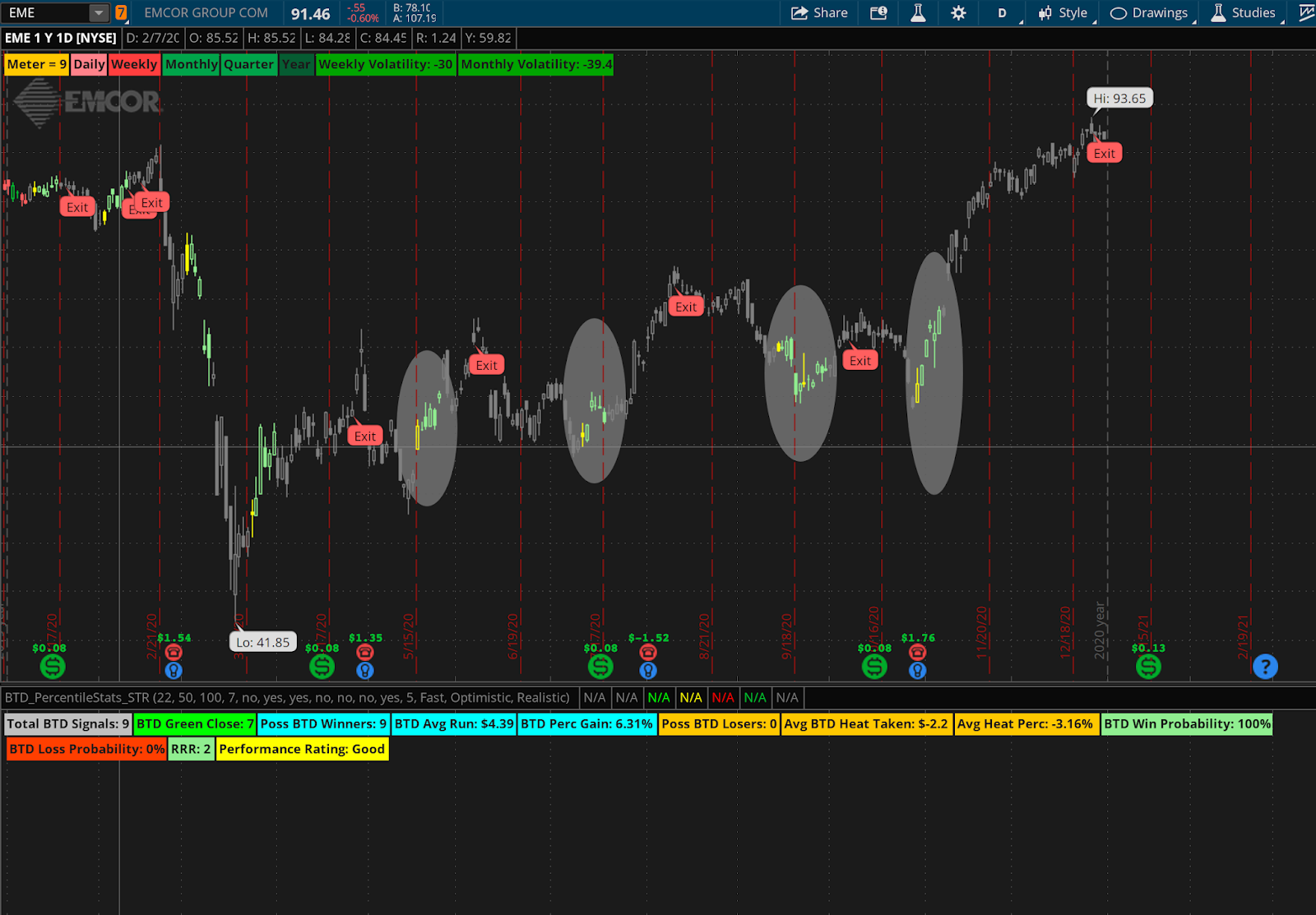 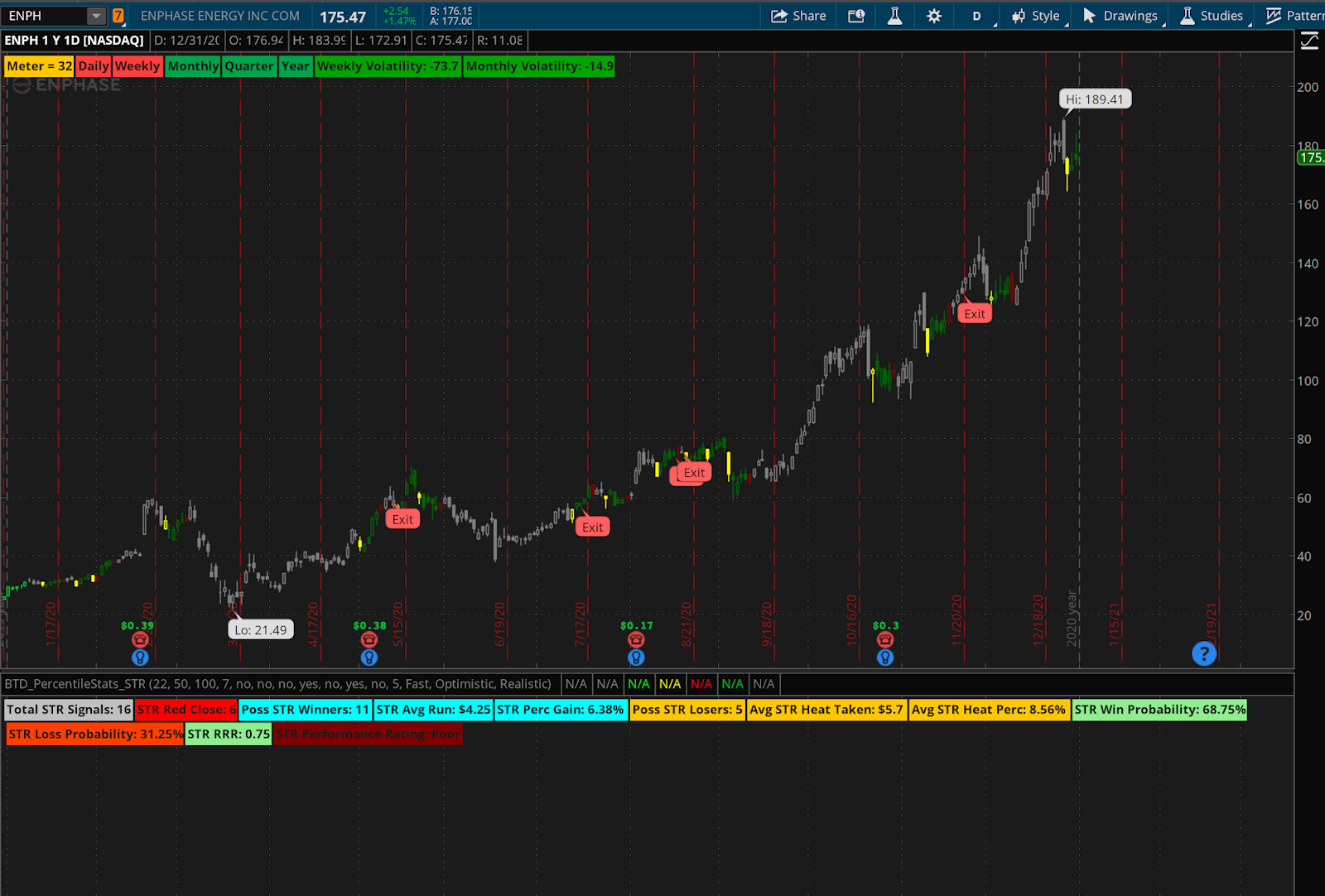