VIP
CSA, Hammond B3, and stop target are displaying correctly but the Average Actual Price is just a black box. Could this be from a lack of memory? 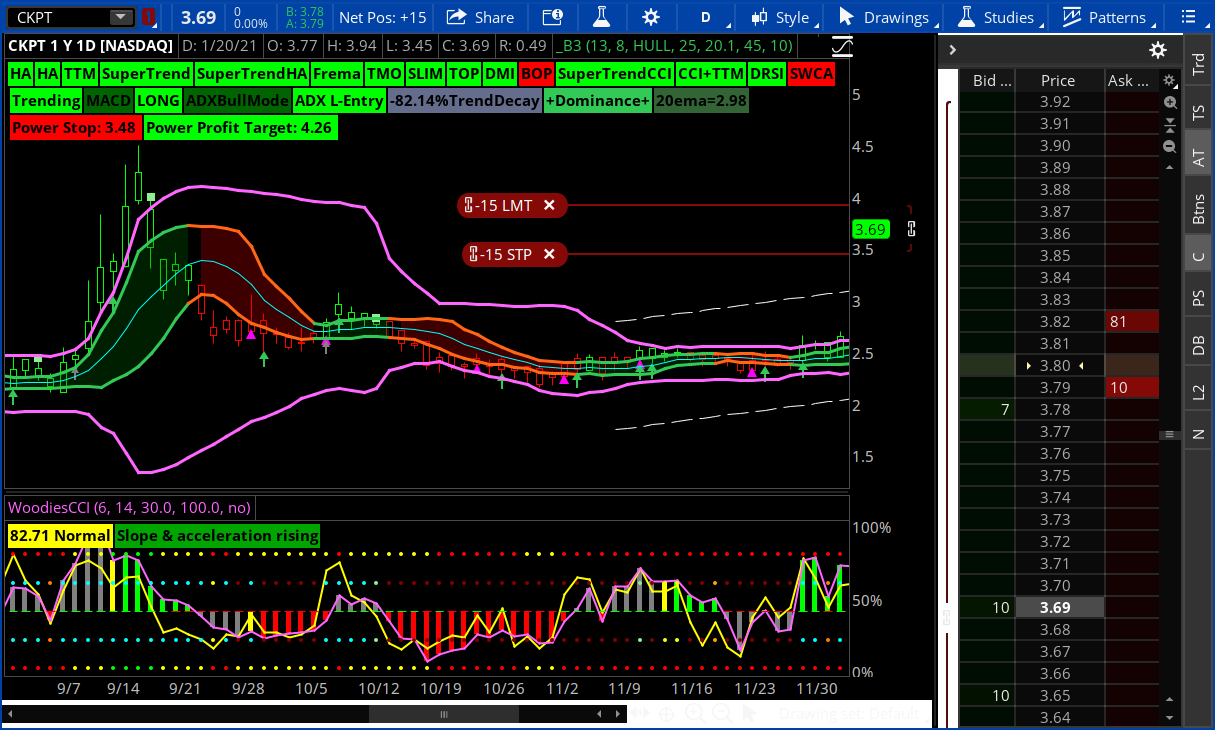 Sort by date Sort by votes

VIP
since you didn't circle or point to what you are looking at and you have a blackbackground its difficult to tell what you are referring to in the screenshot.
Upvote 0 Downvote
S

When you have labels that just draw black I'm pretty sure it's because some data it relies on wasn't available. I've rarely seen it happen and it was never a priority to dig into it at that moment so I never nailed down a root cause.

I suspect it's one of a few things. Labels dispaly "N/A" when values to be shown are Double.NaN so that's not the issue. Maybe the color of the label is based on a condition for which is can't get a value. If you put a SimpleMovingAvg with a length of 200 on a daily chart for PLTR it doesn't plot because there aren't 200 trading days of data. This black label thing may be similar to that.

Whatever the case, it's not a memory issue. I believe it's a data issue and that it can probably be worked around in code once you determine the root cause.
Last edited: Feb 11, 2021
Upvote 0 Downvote
You must log in or register to reply here.